How often has this happened? And be honest… You have a beautifully-crafted budget, configured apps, and color-coded spreadsheets. You’ve planned each check out so that you are meeting your goals. Everything is ready to lead you down a responsible financial path. Then you see an awesome new tech gadget or a gorgeous pair of shoes that would go just so well with all those clothes… All of a sudden you’re trying to figure out where in your budget you can squeeze paying off the money you just spent on whatever caught your eye. You just couldn’t stick to your budget when the temptation to spend hit.

It’s a very common problem and one I was recently asked about. The specific question was, “How do I keep myself from binge spending money?” Here are my two favorite techniques for preventing overspending – as promised, with Aliens and Greeks.

The Alien Method to Stick to Your Budget

My parents used to lecture me on the difference between Needs and Wants. It’s an important lesson to learn but one that we can all-too-readily justify away as adults. After all, it’s our money. We can spend it however we wanna!

Well… yes and no. We could spend it however we’d like but that might lead to some irresponsible decisions and going over budget.

To keep in line with identifying needs versus wants, I recommend putting temptations to the UFO test. 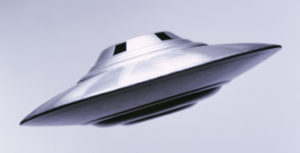 These three questions allow you to identify if you have a true Need from a Want. A Need item is one that is useful, would be used often, and for which you have no other options.

An item that is not useful is a Want. It can go on a wish list until you have the disposable funds to pay for it or someone gives it to you as a gift.

An item that is useful but would be used infrequently may be a nice to have but is not a necessity. If there are other options then it falls firmly into the Want rather than the Need category.

Still tempted to purchase something even though you’ve classified it as a Want rather than a Need? Write it down (or put it in a notes app or Google Keep or something) and walk away. If you think about it often or you find a true use for it over the next week or two, adjust your budget and get it. Being responsible doesn’t mean being rigid and never changing your strategy. It means understanding the tradeoffs for the choices you are making.

Stick to Your Budget the Greek Way 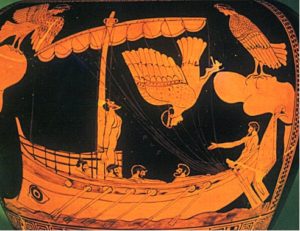 Homer wrote, in The Odyssey, of a hero named Ulysses (or Odysseus, if that’s how you learned it) sailing home from war. He knew that, on the way, he would pass the Sirens – foul creatures who lured men to their deaths with beautiful song. No man could resist this temptation. Ulysses wanted to hear the song but not drown himself. He told his sailors to plug their ears with beeswax and then tie him to the mast. No matter what he said or did, the sailors were not to untie him. They sailed past the Sirens and Ulysses struggled mightily when he heard the song. The sailors did not untie him and all hands made it safely past.

From this tale, researchers have fashioned the term Ulysses pact or Ulysses contract to describe a contract you make with yourself for good behavior. You promise that you will do or not do certain things in the future. The problem, of course, is that all your good intentions may be for naught when that future thing happens. Nothing is truly preventing you from doing something against your contract… until you put it there.

Think of your budget as a Ulysses contract. You promised yourself that you would stick to your budget to achieve longer-term goals. Short-term fun things tempt you to break that contract. So you have to put barriers up to prevent yourself from succumbing to the siren call of unnecessary purchases.

Only Carry Cash You Are Willing to Spend

If you’re going out somewhere that you know you will be tempted, like a mall or boutique or electronics store, bring a small amount of cash. Leave your credit and debit cards at home. Bring only whatever money you are willing to part with that day. Now you have no choice but to stick to your budget. Contract fulfilled.

Carrying less cash is great and all but we live in a digital world now. We spend online just as often as in person. You need a strategy that limits online spending much like the one for cash.

Set up a bank account attached to a debit card and deposit only what you are allowed, by your budget, to spend. You could also do this with PayPal or other online payment tools. Then use only this account for your online purchases.

What Techniques Work for You?

Do you have other ways to keep yourself on track? Comment below with your best tips for how to stick to your budget.

This site uses Akismet to reduce spam. Learn how your comment data is processed.

We offer this site for free. If you are so inclined, please shop through one of the links below or the ones in our articles. We get a small commission from these folks if you buy stuff after clicking our links.